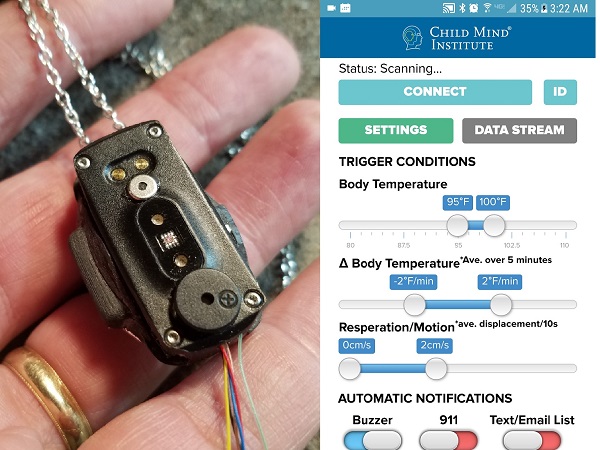 This device is the first in a series of projects exploring wearable device solutions to drug overdose and drug addiction.

The primary motivation for building this prototype was to start a discussion with the National Institute on Drug Abuse on potential opportunities to detect opiate overdose with inexpensive devices built from off-the-shelf components. Depressed respiration is the best way to detect opiate overdose and the only approved indicator for the administration of Narcan (Naloxone).

The device contains an accelerometer, a PPG optical heart rate sensor and a thermopile contactless thermometer to detect skin temperature. The device also contains an extremely loud buzzer and is connected to a smartphone app which is capable of alerting an emergency response team. The emergency response feature is currently a mockup and does not function. The general idea is that the device uses sensor data to detect a possible drug overdose event. The device then activates its buzzer. If the user does not deactivate the buzzer after an allotted period of time it is assumed that an overdose is taking place and the device alerts emergency responders through the connected phone app. 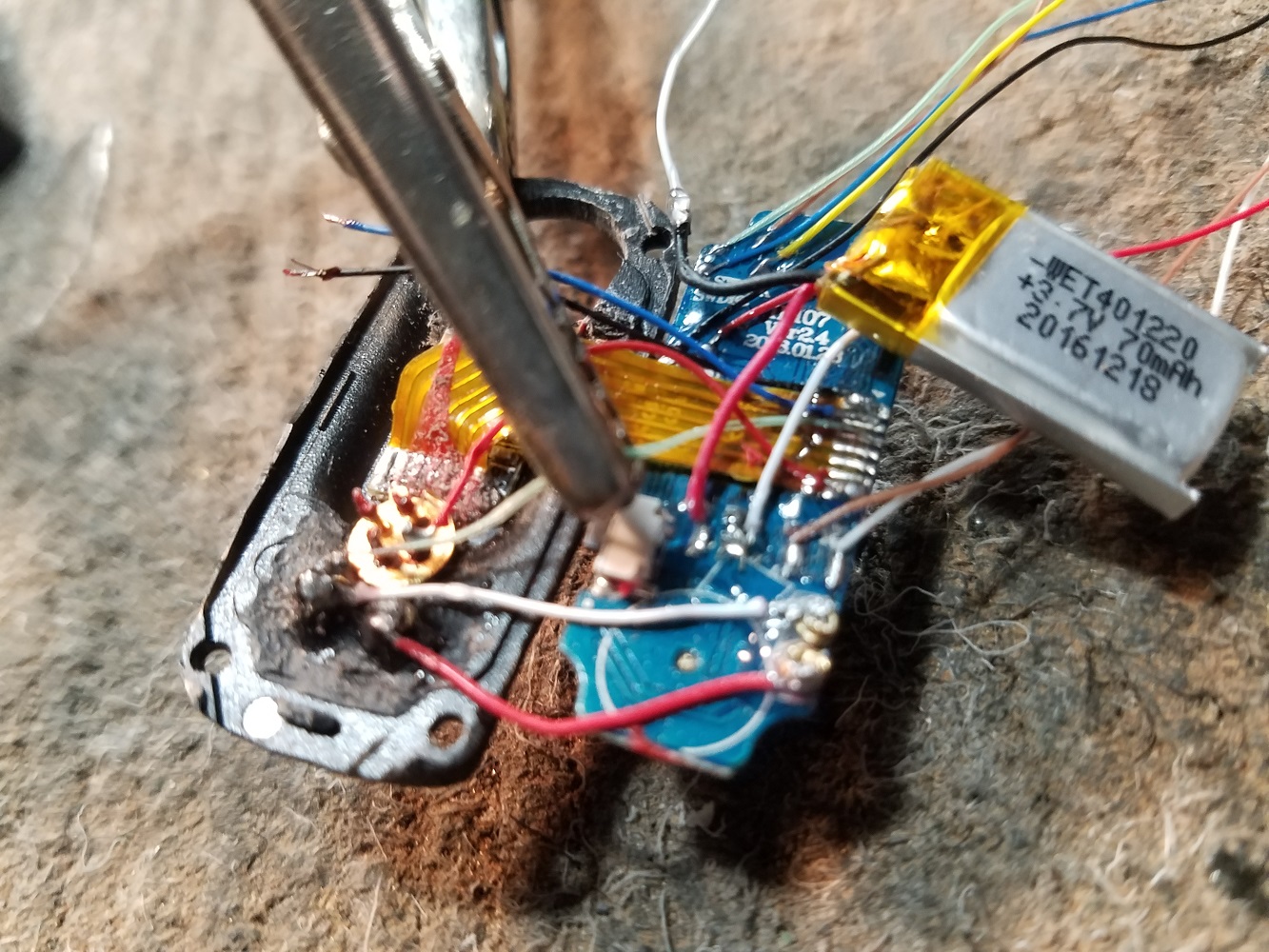 The odalert device is a prototype. We have no current plans to move this project forward, as it served its purpose in our NIDA discussions, and we are busy working on similar but more practical devices.